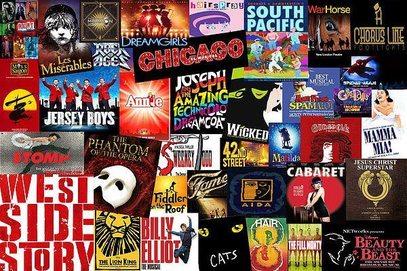 The idea of using a symphonic introduction for a musical theater production had its roots centuries earlier when composers of grand opera decided to begin their works with a collection of musical motifs that allowed audiences to become acquainted with melodies that followed once the curtain was raised.  This musical “foreshadowing” became a key ingredient in productions such as “Showboat," “Oklahoma!," “Guys and Dolls," “My Fair Lady," and “Gypsy."  The act of weaving one song into another within a narrow time frame is an art unto itself and allows the composer to work independently of the lyricist to create an often underappreciated component of the show.
​
During this program we will have an opportunity to watch symphonic orchestras perform the overtures for several classic Broadway musicals including the ones mentioned above.  Be prepared for a wonderful experience reliving a host of melodies that have become an essential part of American music.