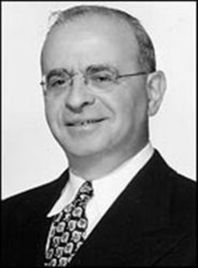 Often referred to as the “father of film music”, Max Steiner (1888-1971) left an edilible imprint on the history of motion pictures during a career spanning over 35 years.  After emigrating to the United States from Austria in 1914, Steiner started out as a musical arranger and conductor on Broadway working on many notable productions over the next 15 years.  But it wasn’t until his move to Hollywood in 1929 where Steiner found his true calling---writing scores for such classic films as “King Kong," “The Informer," “Gone With the Wind," “The Letter," “Casablanca," “Treasure of Sierra Madre," and “The Searchers."

This program will use excerpts from many of Steiner’s best works to analyze his musical style, to recognize his use of leitmotifs which enabled audiences to associate key melodies with various characters and places, and to appreciate how Steiner worked with outstanding directors such as William Wyler, John Huston, and John Ford to make his music an essential ingredient in the success of their films.