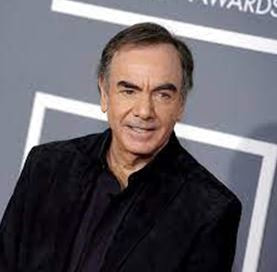 Few American songwriters and vocalists have contributed more to the world of popular music over the last half-century than Neil Diamond.  Ten of his songs have reached the #1 position on the Billboard charts with 28 others reaching top ten status.  He has sold over 130 million records worldwide and has earned his place in both the Songwriters Hall of Fame (1984) as well as the Rock and Roll Hall of Fame (2011).  He was also an honoree at the Kennedy Center Awards in 2011 and received the Grammy Lifetime Achievement Award in 2018.  In 2022, a Broadway musical about his life and career entitled “A Beautiful Noise” drew capacity audiences eager to revel in Neil’s remarkable music.

During this program we will have an opportunity to watch videos of some of Neil’s most memorable numbers as we revisit his career from his early years growing up in Brooklyn, NY through his many concert and television appearances.
​
​Click on the arrow above for a preview of this presentation