The Artistry of Gene Kelly 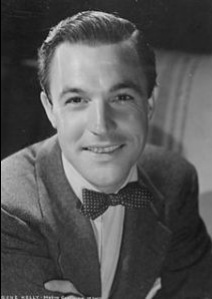 Actor, director, singer, dancer, producer, choreographer---all describe the immensely talented Gene Kelly whose 40-year career on Broadway and in Hollywood made him one of the 20th century’s most beloved performers.  Using classic video and audio clips, this program will showcase his enduring legacy as he performs with such notable actresses as Judy Garland, Rita Hayworth, Leslie Caron, and Debbie Reynolds.  We will have an opportunity to relive scenes from some his most famous films, including:
Click on the arrow above for a preview of this presentation